As we prepare for a legend in U.S. soccer to retire today in her last game versus the Korea Republic with the United States Women’s National Team, let’s take a moment to go through ten moments in Carli Lloyd’s long and successful career to recognize all that she’s done during her career.

Carli Lloyd attended Rutgers University from 2001-2004. She was named First-Team All-Big East for four straight years- the first athlete at Rutgers to accomplish this. Lloyd ended her career as Rutgers’ all-time leader in points (117), goals (50), and shots. An impressive statistic that shines a little bit of light to the greatness she would achieve for the USWNT! Carli Lloyd started her illustrious career with the United States Women’s National Team on July 10th, 2005 against the Ukraine WNT. She scored her first goal for the USWNT on October 1st, 2006. 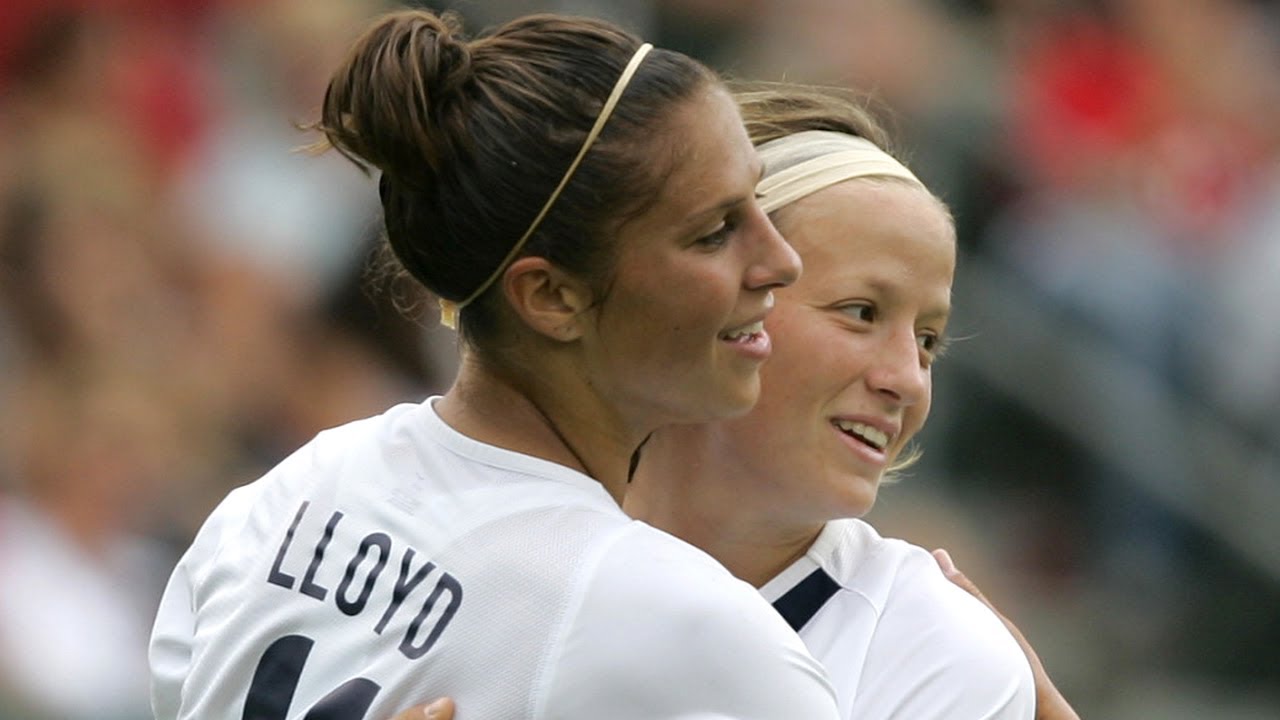 The Western New York Flash advanced to the NWSL Championship game off of a 2-0 win vs Sky Blue with both goals being scored by Carli, the first being in the 33rd minute and the second coming in stoppage time.

In the Olympic qualifiers in 2012, Lloyd scored her first career hat trick in a 4-0 win versus Mexico. She then won player of the match! 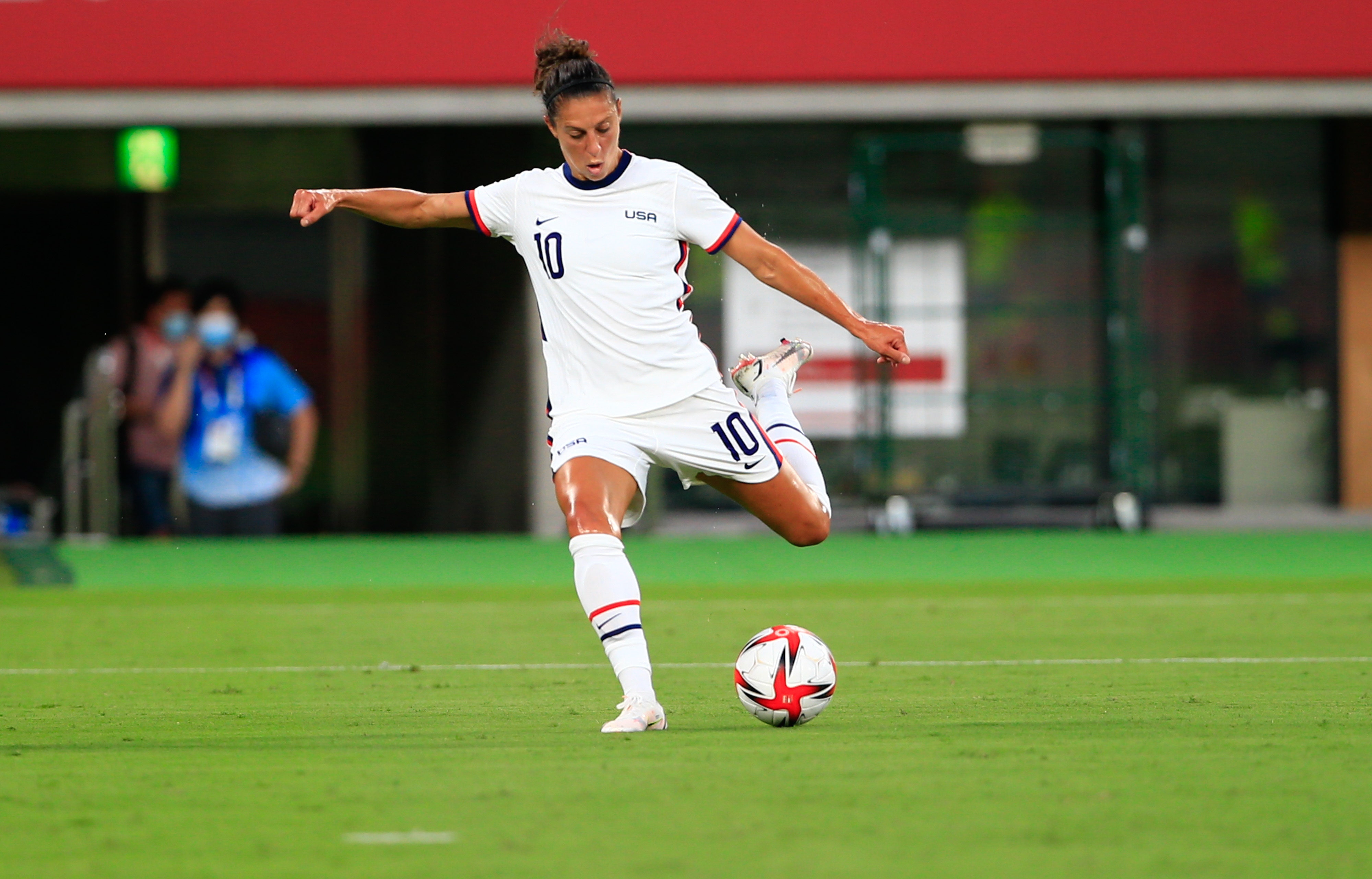 In the UEFA-Concacaf play off, she earned her 100th cap in the playoffs. She played every minute of the series and scored 3 goals with five assists. 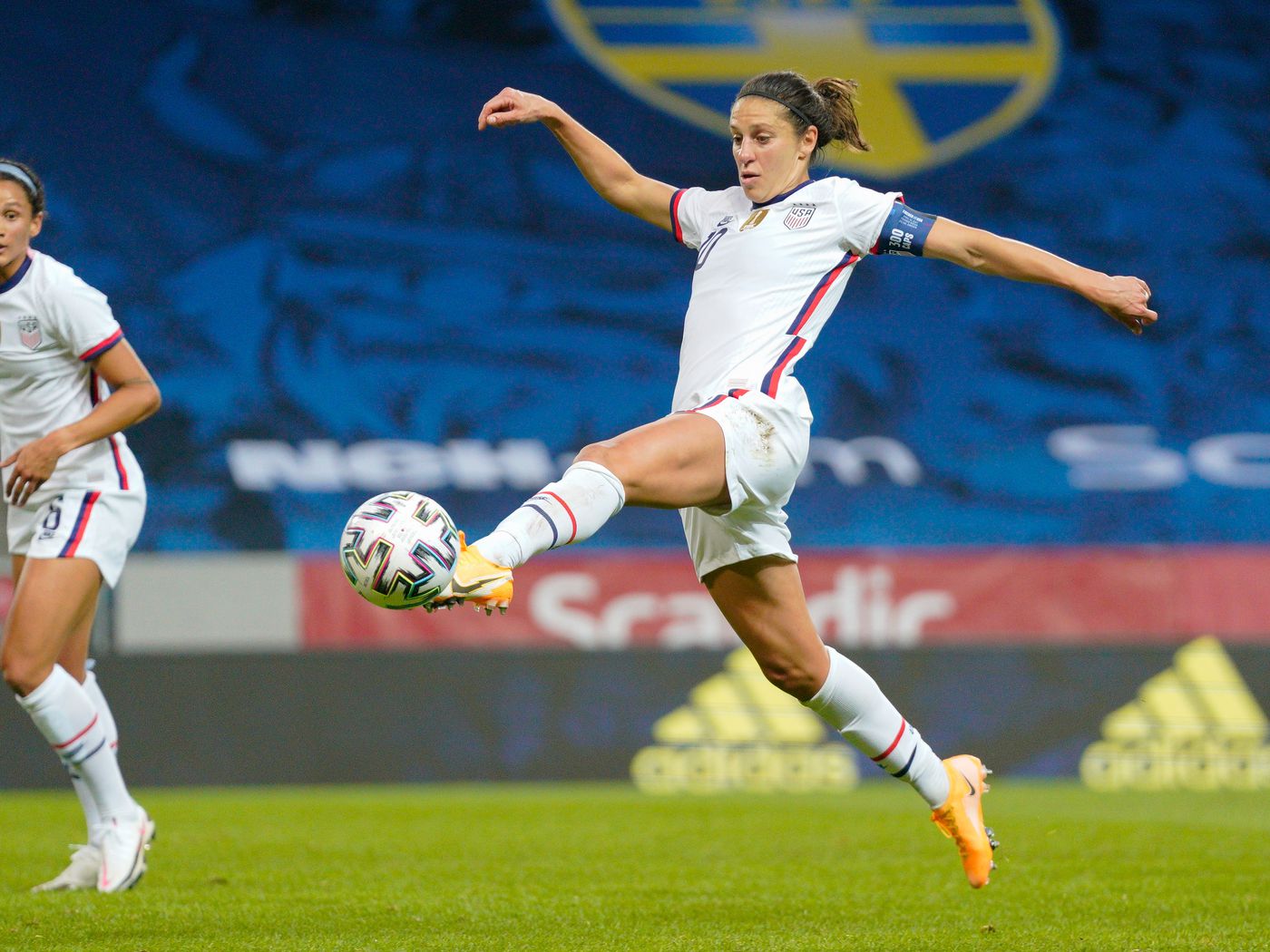 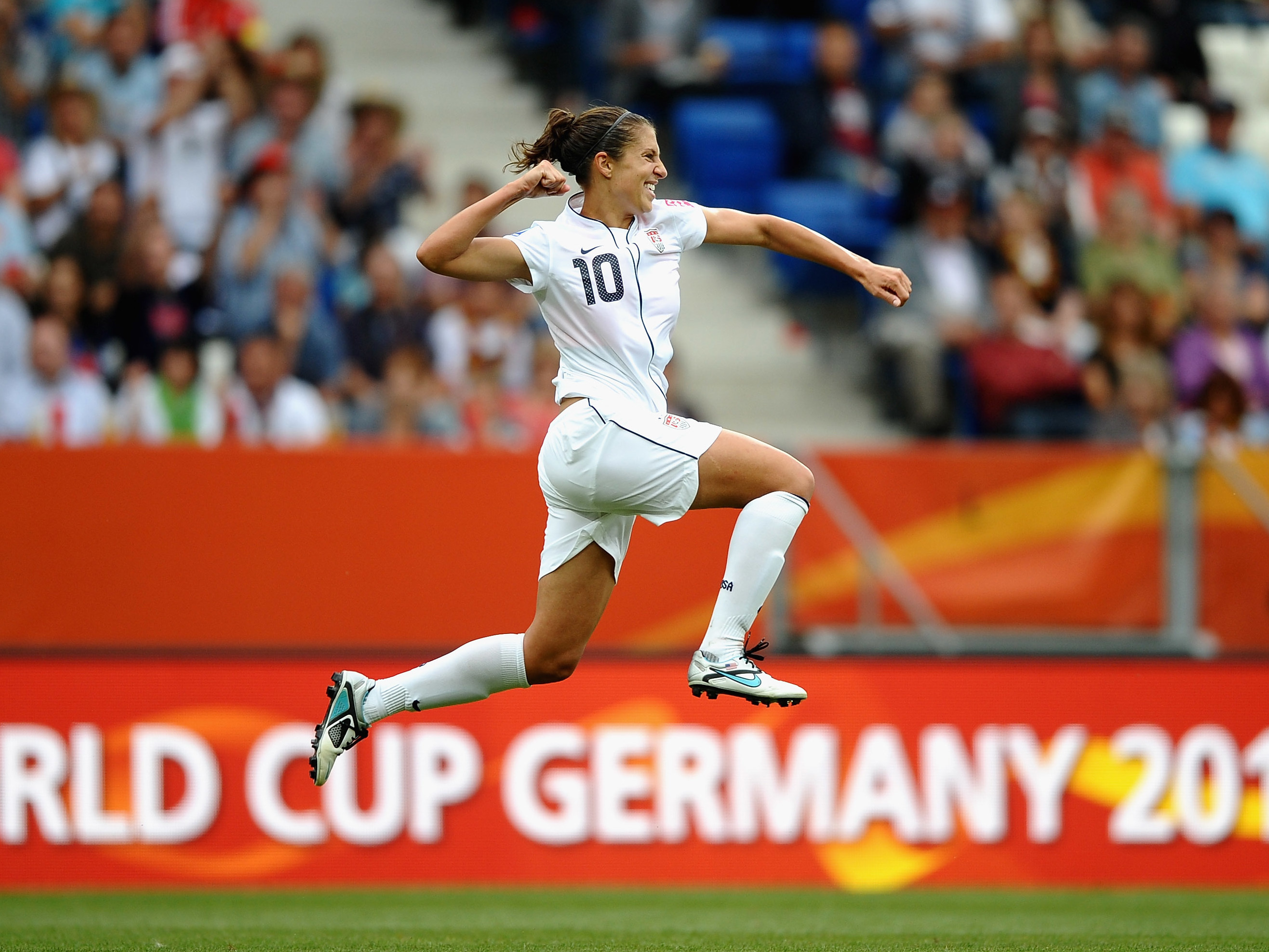 In this 2012 Olympics, Carli became the only player in history (of either gender) to score the game-winning goal in two separate Olympic gold medal matches. Her first was in the Beijing 2008 Final against Brazil and the second was in the 2-1 win over Japan for gold in 2012. 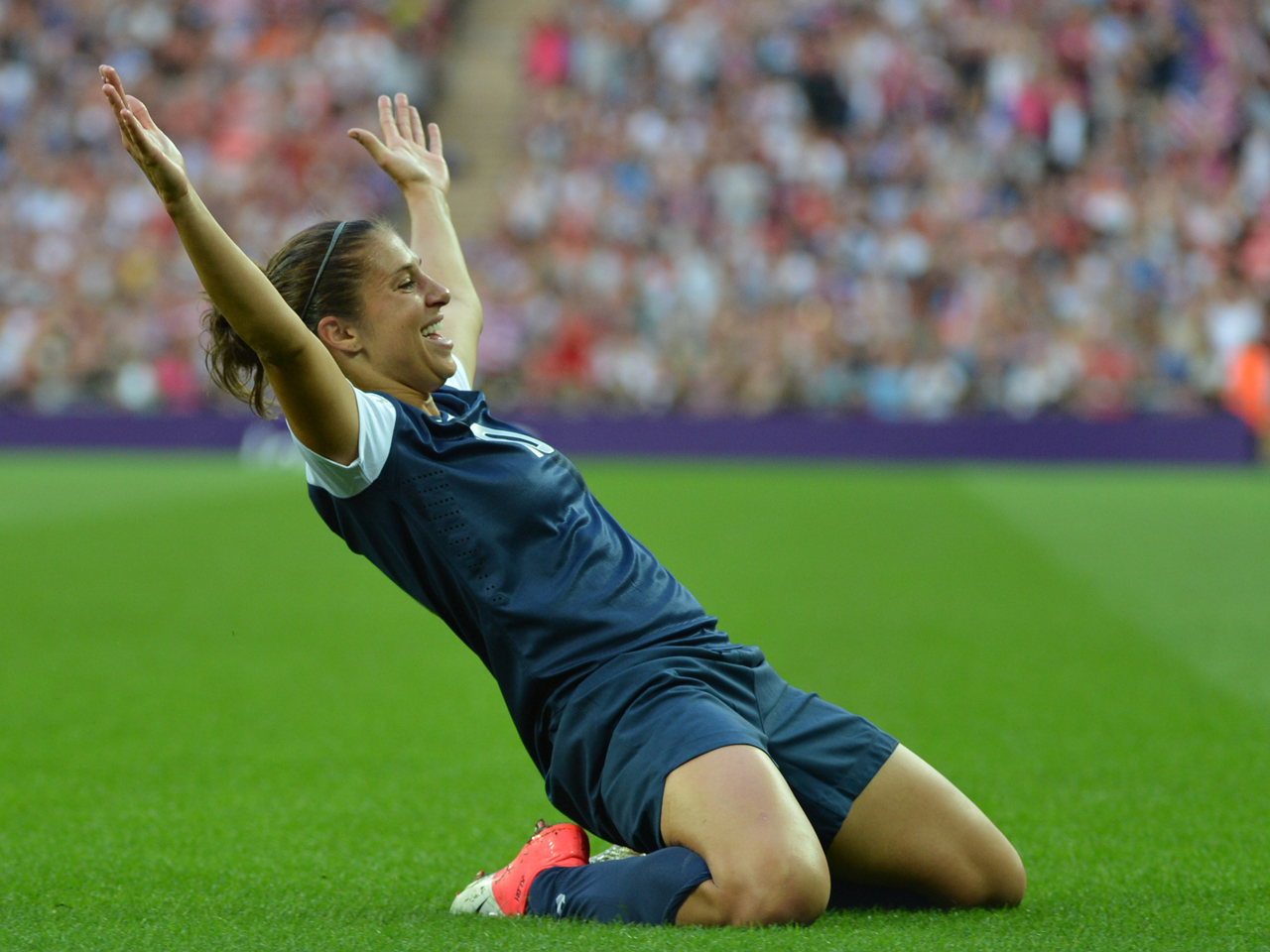 Becoming only the third player (after Kristine Lilly and Christie Pearce) to achieve this, Lloyd earned her 300th cap on April 10th, 2021, in a friendly vs. Sweden. She has scored 128 times for the USWNT, another impressive number to go along with her 300 international caps. 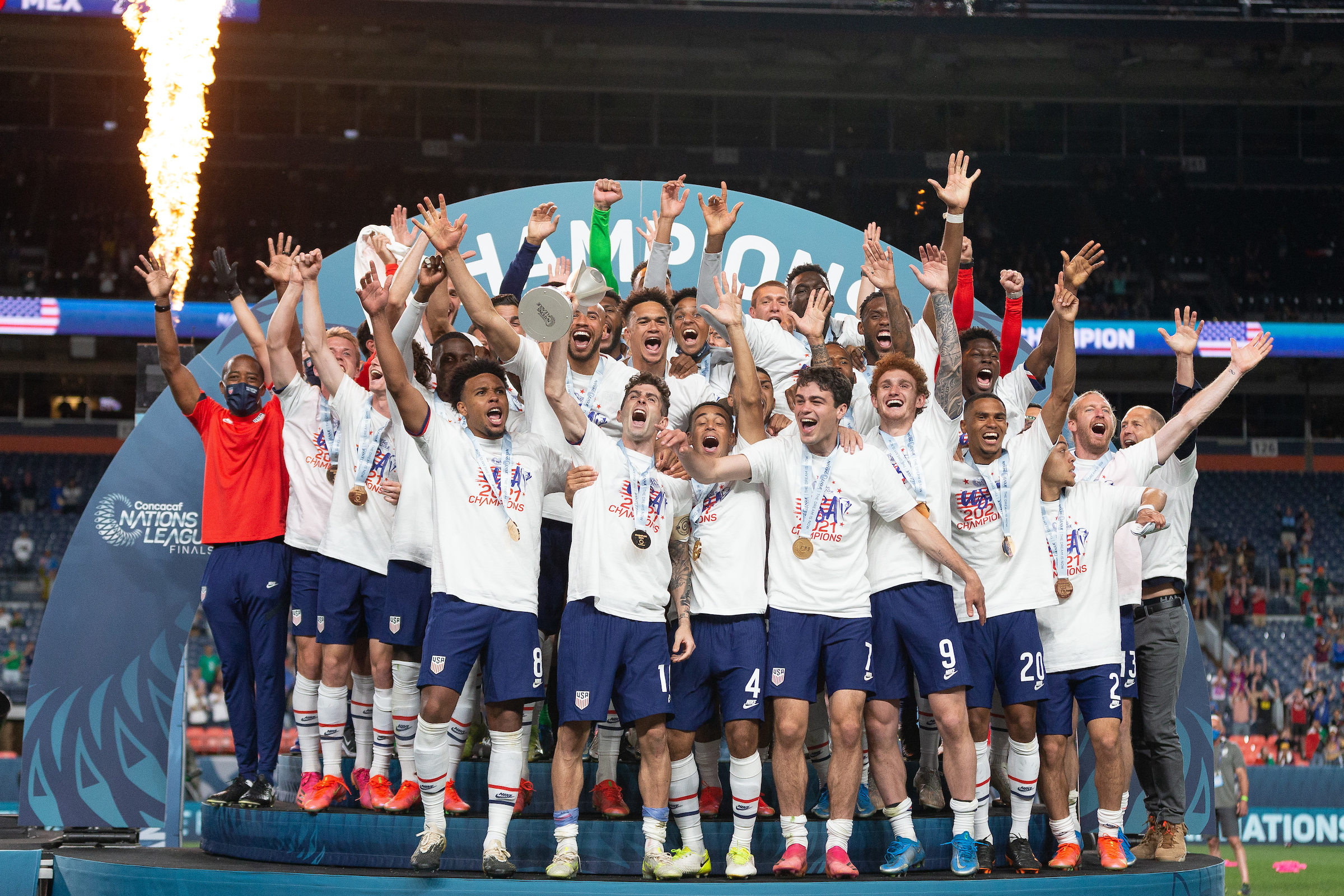 A moment everyone remembers- The 2015 Women’s World Cup Final hat trick in the first 16 minutes of the game. Carli Lloyd became first woman to score a hat trick in a World Cup final and the first player, male or female, to do so since Geoff Hurst in 1966.

Anybody who follows the USWNT didn’t have a dry eye a few days ago when Carli Lloyd announced that she would be passing the number 10 jersey to Lindsey Horan. A super special moment for both players!

Clear skies today in Minnesota, but we still got a little misty ❤️🔟🔄@CarliLloyd 🤝 @LindseyHoran pic.twitter.com/gJvI8tf16X

Hi! My name is Sadie Sims. I am 21 years old and from Clarksville, TN. I am a junior at Murray State University studying Pre-Veterinary Medicine. Soccer has been a really huge part of my life as I have played at the high school and club level and was a U.S. Soccer referee for 5 years. I was also an assistant coach to a U14 girls club team my junior and senior year of high school. I love watching the USWNT and the NWSL!