The 2020 National Women’s Soccer League (NWSL) season was one for the books. Due to COVID-19 pandemic, the league faced many unprecedented challenges and was forced to make many adjustments to keep players, fans, and staff safe. The NWSL was the first major U.S. team sports league to return to play with the inaugural Challenge Cup in June 2020. The league’s regular season looked a bit different too with the league implementing a Fall Series played in regional pods.

With the NWSL season already uncertain, players were faced with more tough decisions when it was announced that the 2020 Tokyo Summer Olympic games would be postponed. Some national team players, including Tobin Heath, Christen Press, Rose Lavelle, and Sam Mewis, looked to take their talents overseas in order to maintain a somewhat normal game schedule. While others looked for trades to join teams that were closer to home and their families.

With the 2021 NWSL season gearing up and set to officially start with the Challenge Cup on April 9th, let’s look at some of the changes that were made by United States national team players during this unprecedented offseason. After five seasons with NWSL powerhouse North Carolina Courage, USWNT’s Abby Dahlkemper decided to make the move over the pond to join national team teammates Rose Lavelle and Sam Mewis at Manchester City. The star center back of the USWNT has racked up LOTS of minutes in the past couple of years, starting every game of the 2019 FIFA Women’s World Cup AND playing every minute too (with the exception of coming off in the 82nd minute of the team’s match vs. Chile.)

Whether playing for club or for country, Abby is no stranger to winning. After being selected third overall in the 2015 NWSL draft by the Western New York Flash, she helped the team win the NWSL Championship in 2016. The Flash became the North Carolina Courage in 2017 and even though the team changed locations, names, and ownership, the club’s winning mentality endured. Dahlkemper helped the NC Courage win the NWSL Shield, awarded to the team with

With all of that talent and experience, Manchester City is counting their lucky stars to be adding Dahlkemper to their already talented team. Abby’s rights are still retained by the North Carolina Courage so we might see her return to the team after her two-and-a-half year contract with Man City is up. The North Carolina Courage parted ways with another one of their USWNT stars when Crystal Dunn made the move across the U.S. to join the Portland Thorns. An absolute ladyballer in every regard, Crystal Dunn has been on the receiving end of many prestigious awards. In 2012, she won the Hermann Trophy, which is awarded to the best college soccer player, during her time at the University of North Carolina. She was drafted first overall in the 2014 NWSL College Draft by the Washington Spirit and won the NWSL’s Most Valuable Player award and the league’s Golden Boot award in 2015 - and became the youngest to win both at age 23!

Crystal was a key part of the winning 2019 World Cup squad with her strong tactical skills, incredible athleticism, and knowledge of the game. Perhaps the most impressive part of Crystal’s game is her ability to succeed at different positions. An elite player at forward and midfield, Crystal is also a force to be reckoned with at the outside back position, where she plays for the national team.

Citing personal reasons as the basis for her move, Crystal will join fellow USWNT players, Linsdey Horan, Becky Sauerbrunn, Sophia Smith, and USWNT vet Meghan Klingenberg on her new team in Portland. She will also be reunited with Marc Parsons, her former coach with the Washington Spirit. It should be interesting to see where Dunn, a brilliant and versatile player who finds success at virtually any position, ends up playing for her new squad!

Emily Sonnett is back in the NWSL with the Washington Spirit USWNT player Emily Sonnett has landed in D.C. after spending the second half of 2020 playing for Swedish Club, Kopparbergs/Göteborg FC and helping the club clinch its first league title.

An outstanding player and athlete, Sonnett has played at center back for most of her NWSL career, but can really play anywhere across the back line, as well as center mid. Sonnett was selected at the first overall pick by the Portland Thorns in the 2016 NWSL College Draft. She had great success during her three years with the club, being named in 2018 to NWSL’s Best XI and earning a spot as a Finalist for Defender of the Year.

Sonnett was traded to the Orlando Pride in January 2020, but was unable to take the field for the team as the Orlando Pride were forced to sit the Challenge Cup out when some of their players and coaches tested positive to COVID-19. Sonnett subsequently joined Swedish club Kopparbergs/Göteborg FC on a short term contract while Orlando retained her rights.

Her experience, versatility, and consistency will surely be welcomed by a young Washington Spirit team that has had a busy offseason. She will be joining fellow USWNT players Andi Sullivan and Kelley O’Hara. The Washington Spirit back line just got even more impenetrable now that Kelley O’Hara has made her way to the nation’s capital. Kelley is a true USWNT vet, competing in three World

Cups (2011, 2015, and 2019) and the 2012 Olympics where she played every minute! Like Crystal Dunn, O’Hara won the Hermann Trophy for her exceptional performance as a college player during her time at Stanford.

Also similarly to Dunn, O’Hara has shown her ability to find success at different positions. After an illustrious college career as a forward, O’Hara transitioned to a defender for the national team and became one of the best outside backs in the world. Her quick speed, game awareness, and winning mentality make her a top notch player at any position. O’Hara is coming to the Spirit after three seasons with the Utah Royals, where she only played in eight games due to national team duties and a hamstring injury.

It has been a year full of changes for the Washington Spirit, after Rose Lavelle was traded to OL Reign and then signed onto a contract with Manchester City. But even after losing Lavelle, the Spirit still look strong with the additions of Sonnett, O’Hara, and rookie Trinity Rodman. It will definitely be fun to watch Sonnett and O’Hara with this revamped Washington Spirit squad! It has been a buuuusy year for Mal Pugh! After being traded from the Washington Spirit to Sky Blue FC in January 2020, the young phenom was then traded to the Chicago Red Stars in December 2020.

After several years playing for the U-17 and U-20 teams, Pugh was called up to the senior team at age 17. At 18, she became the youngest player to ever score a goal for the United States in an Olympic game! And she was also a part of the FIFA Women’s World Cup in 2019. She’s been back with the USWNT as of late, including an appearance at the team’s most recent camp in January.

While Mallory was on Sky Blue FC for nearly a year, she wasn’t able to play many minutes with the club as she was dealing with some nagging injuries and working back from a PCL sprain. She will join other USWNT players at Chicago, including national team vet Julie Ertz, Tierna Davidson, and starting U.S. goalkeeper, Alyssa Naeher. It will definitely be fun to see Mal back out on the pitch - hopefully healthy and back playing at the high level she’s so capable of! 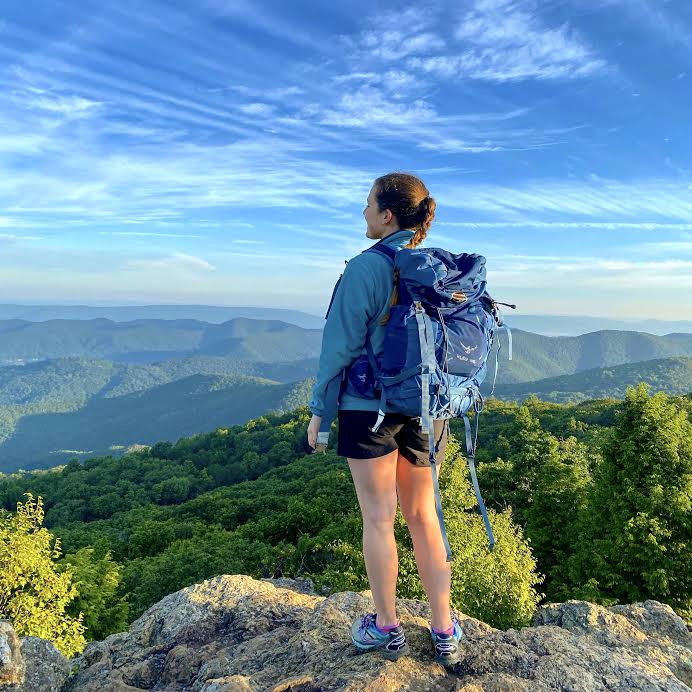 Stephanie is a writer passionate about health and fitness. She has played soccer her entire life and still plays from time to time, but gets most of her soccer fill from following the USWNT and the NWSL. She is a big Washington Spirit fan and hopes to one day attend the FIFA Women’s World Cup.